Djibril Bodian arrived in France at the age of 6 from Senegal. He grew up in Pantin (Seine-Saint-Denis) and admits having received a very strict education. «My parents tightened the screws on me. As a child, it was 8 p.m. sharp at home, no question of hanging around outside!» he recalls. Although his father is a baker and his older brother a pastry chef, he was attracted to mechanics and cars. But, before entering Pantin’s high school, he had to make a choice concerning his orientation. He followed in his father’s footsteps and opted for the bakery.

In September 1996, he joined the training and apprenticeship center in Pantin, where he spent two years in pastry making and one in baking. Freshly graduated, he was named best apprentice in Paris. «I had a peaceful adolescence; I was calm and reserved. My friends lived in the same building as me, I never got into trouble. I spent my energy at work» And it worked, because in 2005 he was hired by Michel Galloyer to join the Grenier à Pain team. Djibril Bodian is confronted with a new working method this time: artisanal. 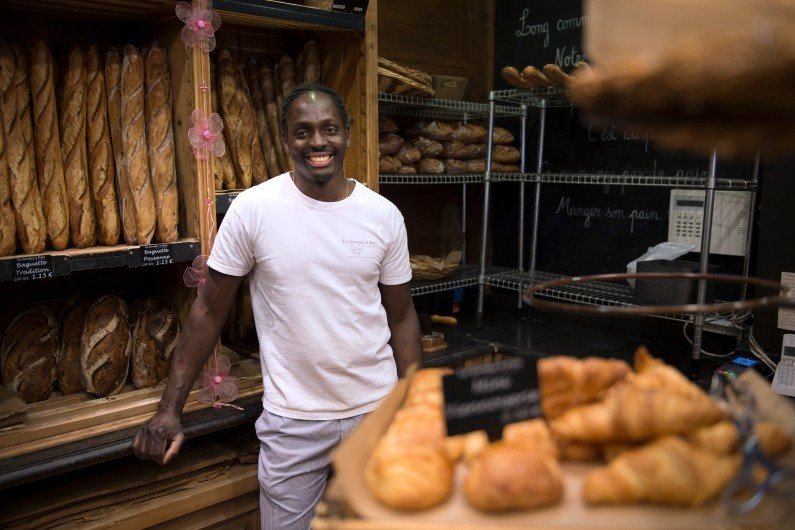 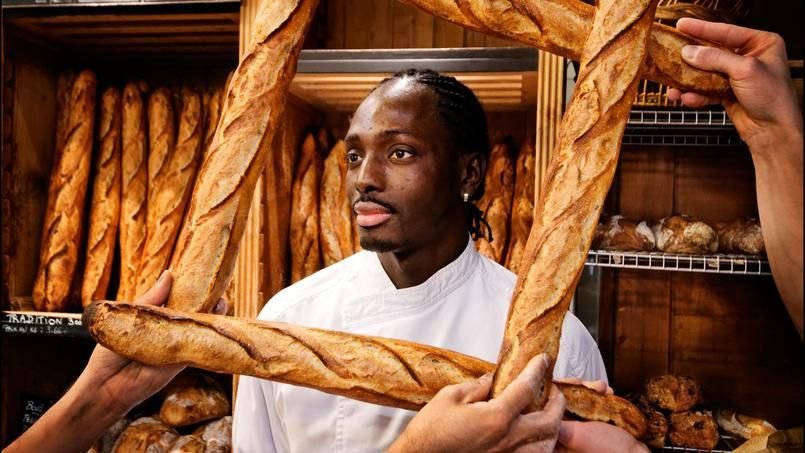 » The caramelized crust must be eye-catching, crisp and fragrant, hiding a cream-colored crumb…». Djibril Bodian is inexhaustible about the secrets of making his now famous baguette. Since he was awarded the Grand Prix for the best artisanal baguette in Paris in 2010, customers have been flocking to his bakery, Le Grenier à Pain, just a stone’s throw from the Montmartre hill in the 18th arrondissement of Paris. In fact, a press clipping with the photo of the baker winner is proudly displayed in the window of his store on rue des Abbesses. «It’s above all a recognition from the profession, but it’s the customers who are delighted,» laughs Djibril Bodian.

In 2015, he wins again the 1st prize of the Best Baguette of Paris. During these two years, his bread will be served on the tables of the prestigious guests of the Elysée Palace. It is during the morning hours that Djibril Bodian exercises his know-how to slowly raise the dough of the breads that adorn the stall of the bakery at 38 rue des Abbesses in Paris every day.